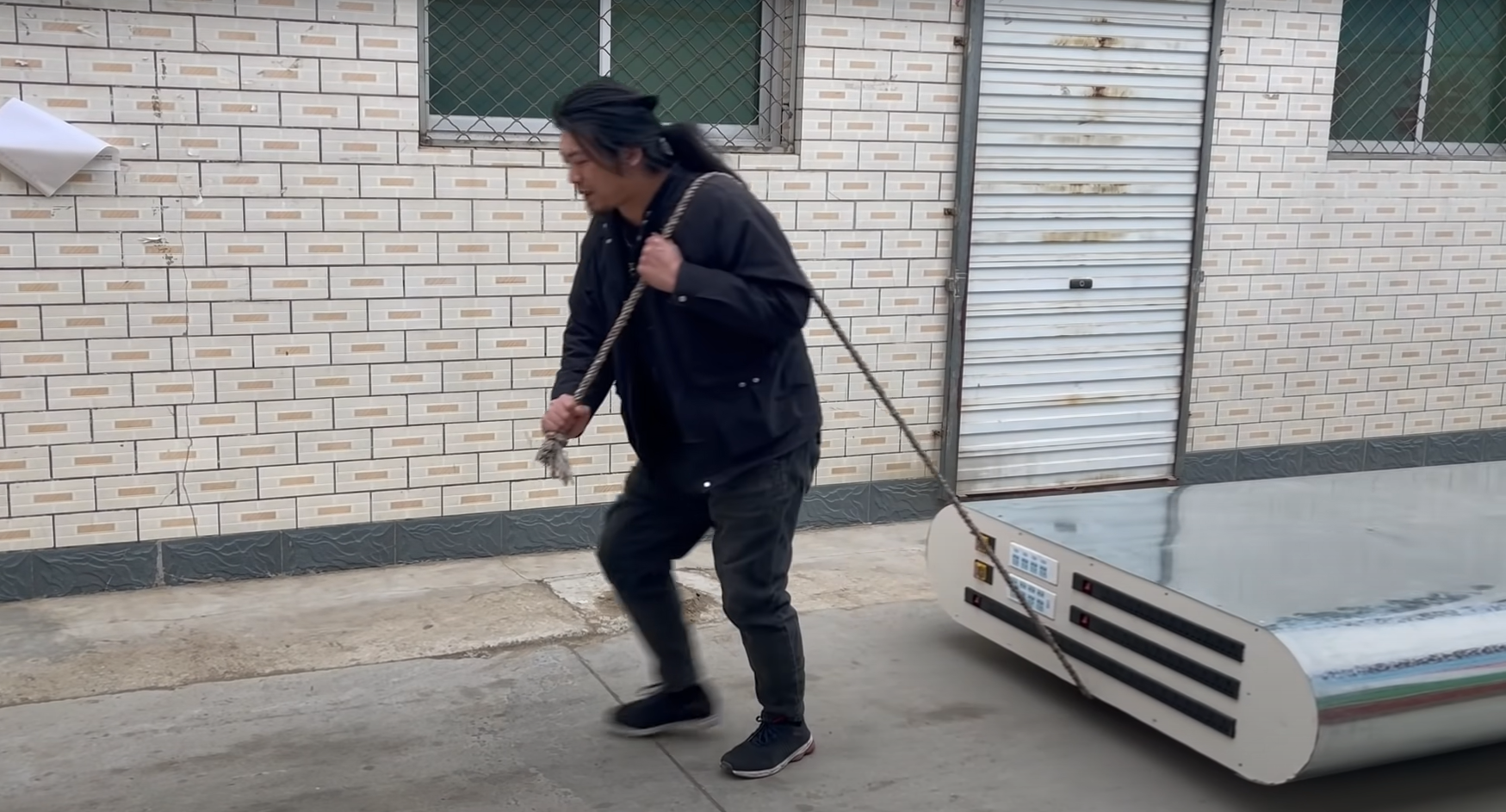 It can even charge other power banks, laptops, and electric bicycles.

Here’s a little story about a YouTuber named Handy Geng. He noticed that all of his buddies had bigger power banks — phone chargers — than his. “I’m not so happy with that,” he stated. It bothered Handy Geng so much that he decided to change that by building the biggest power bank ever seen.

As you saw, Handy Geng put his D.I.Y. skills to the test, welding a metal frame and making a 27,000,000-mAh portable charger power bank.

How powerful is that, you ask? Well, it’s equal to around 900 normal-sized large power banks. The dang thing is equipped with sixty sockets and can fully charge 5,000 smartphones with 3,000-mAh batteries. It can even charge power banks, laptops, and electric bicycles.

“With this power bank, you don’t need to worry at all about lacking electricity when outdoors,” said Handy Geng. “You’ll never need to worry about a power outage again.”