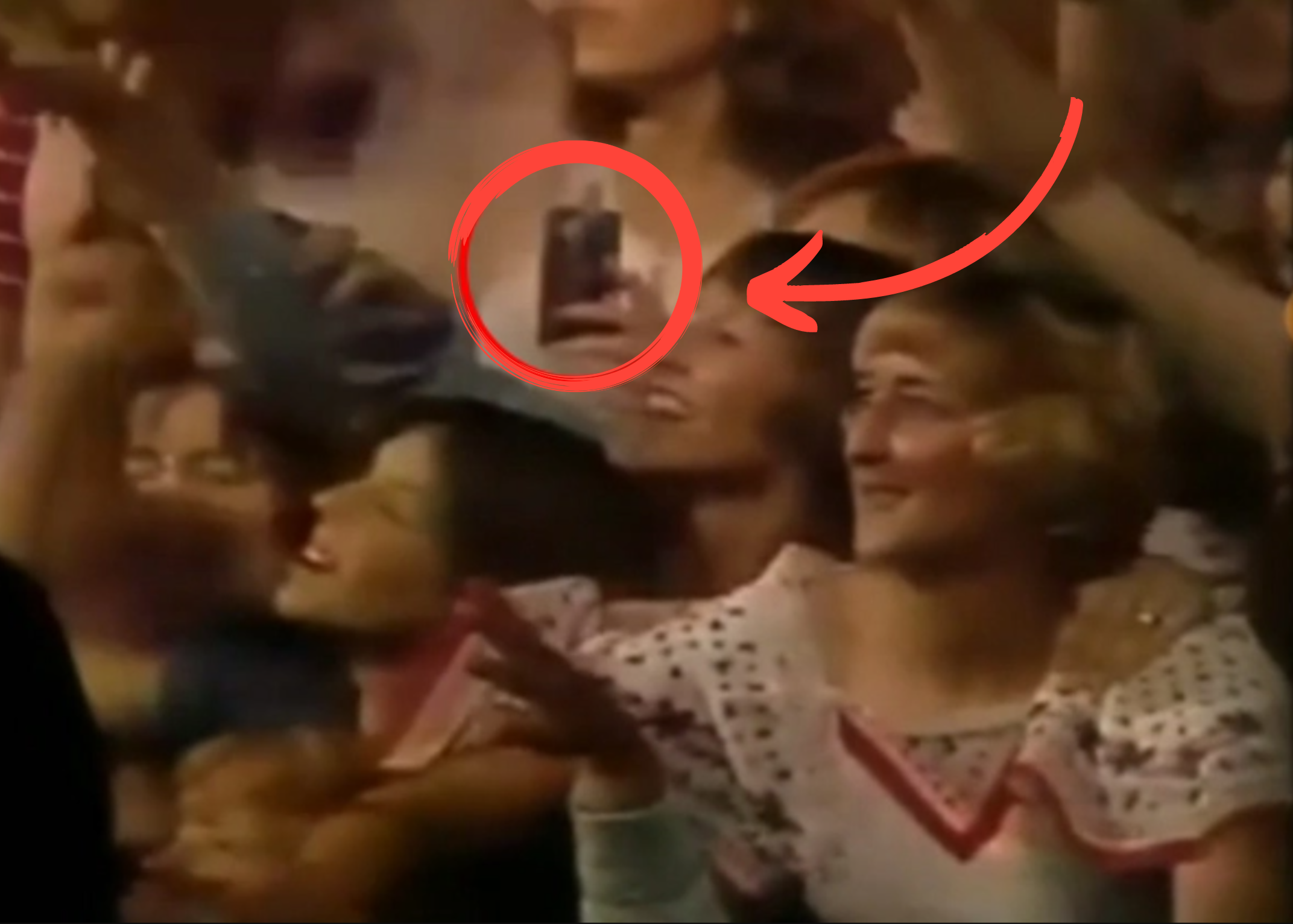 Footage from a 1977 concert shows fans going wild for the King of Rock ‘n Roll as he does his thing on stage in an iconic white jumpsuit. A group of women can also be seen excitedly reaching out to Elvis as he tosses his towel into the crowd.

However, here’s the strange part: In the middle of the chaos and commotion, a mysterious hand can be seen holding up a rectangular metal object that looks suspiciously like a mobile phone — almost like an iPhone. Well, ever since the photo was shared on Reddit, conspiracy theorists and users of the social media platform have claimed it is a modern smartphone.

In other words, it’s proof (to some) that time travel was possible at a gig more than 50 years ago.

Here’s what a load of people had to say about the photo online:

Then, you’ve got the others saying that it’s simply a camera. One person said it’s a Kodak 110 camera, which was first introduced in 1972. One person even said that it’d be pointless to have a cell phone back then because there were no cell towers. I mean, who are we to say there weren’t any cell towers in the ’70s? Also, if this person did travel through time, they likely had service before they traveled to the ’70s to see The King.

Here’s the video if you felt like seeing it for yourself. During the program, as Elvis begins singing “Don’t be Cruel,” he tosses one of his trademark scarves into the crowd. When the camera pans to one of his adoring fans attempting to catch it, a woman can be seen holding a black rectangular object with a small silvery square that appears to be a modern-day cell phone.